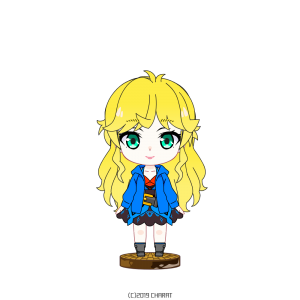 First of all, I’ve tried to “draw” Juno with a Chibi-creator program, here’s the result:) In this post, we’ve assembled a little informational package about the upcoming Juno-projects, which are of course foretelling Juno Temple Network’s future content.

This movie was written and directed by Juno’s ex-boyfriend, Michael Angarano. She’s only in the supporting cast, and the movie currently holds a 6/10 score on imbd. It has been shown at a film festival in 2017, and it recieved a limited release earlier this year, but it seems to be available, so expect screencaps soon!

There’s not much information about this mysterious short film, that has only been released on the Cayman Islands so far. It’s as elusive as the earlier ‘Bastard’, and right now, I see very little chance of getting a hold of a copy…

We thought this movie will never see the light of day, but apparently it will be released this autumn in the USA. I have a hunch that Juno’s only in the supporting cast here as well, and it’s strange why they’ve waited so much with the release. It has been shown on the Torino Film Festival, and holds a 6/10 rating on imdb.

We have high hopes towards this movie. It’s confirmed that Juno’s the main female star, the story seems cool (it deals with music and mental illness) and it holds a 7.3 rating on imbd, while there are many praising messages about it on Twitter. Sadly it has only been shown at the Tribeca Film Festival so far, there’s no known release date for it yet.

I see no reason for this movie to exist, but I really liked the fairies in the previous one, and I hope they’ll get as much or more screentime as before. It will be shown in October, I’ll try to find someone to watch it with me, but the online release won’t happen before winter – at least the worldwide release is sure.

Interesting concept, suits Juno very much, but it also worries me a bit. Ms. Temple has gained overwhelming praise for her previous role in a mini-series role (‘Dirty John’), so even if her movies doesn’t get her the recognition she deserves, this will for sure! ‘Little Birds’ will probably be streamed in 2020.

Sounds cool, but not much has happened with it yet. It would be nice, if it would be made, because Juno has never been a main character in a crime movie before. This project is only in the development phase yet, so anything could happen.

This documentary features Juno as herself, because she worked with William Friedkin on ‘Horns’. It has been shown on film festivals, and it’ll soon be released in the USA, so screencaps could come as early as September.